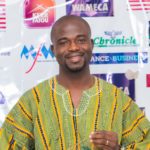 is a freelance investigative journalist based in Accra, Ghana. He has over the years investigated high level corruption and scandals that have resulted in shaping policy, saving and retrieving hundreds of millions of cedis and imprisonment of some offenders.

He has won many awards including, Ghana’s Most Promising Journalist of the Year for 2010, Best Journalist of the Year for 2011 and the 2017 Best Investigative Journalist at the maiden West Africa Media Excellence Award. In 2017, his investigative series titled “Robbing the Assemblies” led to the cancellation of a $74 million government contract for the supply of waste bins. The investigation found out that the ministry did not need the bins it was procuring and that the contract sum had been inflated by at least $31million. That story and others in the series won him the Best Anti-Corruption Reporter and Overall Best Journalist at the 2018 West Africa Media Excellence Award organized by the Media Foundation for West Africa. Manasseh holds a bachelor of arts degree from the Ghana Institute of Journalism and a master of arts degree from the University of Ghana’s School of Communications Studies. Apart from his investigative work, Manasseh is also a prolific writing whose piercing pieces seek to prick the conscience of duty bearers and fearlessly speak truth power. He is the author of two books, “Voice of Conscience” and “Letters to My Future Wife.” His third book is almost ready for launching.