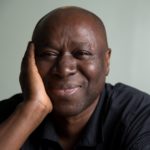 is founder and Managing Partner of The Songhai Group, a corporate development company, and of the Practice School, a management program focused on developing senior management for African companies.

He spent several years on Wall Street, becoming, in the recent past, COO for Royal Bank of Scotland's global credit business. He was also a Senior Vice President at the New York City Economic Development Corporation where he oversaw the restructuring of the organization under then Mayor Bloomberg. Ohene Aku is a graduate of Massachusetts Institute of Technology’s (MIT) Sloan School of Management, where he studied Chemical and Nuclear Engineering, and has an MBA in Financial Engineering from Sloan School of Management. He holds a PHD in Non-linear Systems Dynamics from Columbia University. Currently on the board of NORDICOM (Denmark) and Ecobank (Ghana), Ohene Aku previously held senior positions at Exxon Mobil, Deutsche Bank, Microsoft Corporation, and GE Capital.